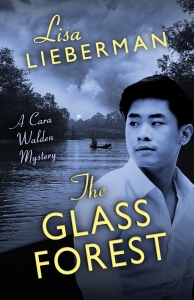 Saigon, 1957: Banished from the set of The Quiet American, actress Cara Walden stumbles onto a communist insurgency—and discovers her brother’s young Vietnamese lover right in the thick of it.

Fans of old movies will get a kick out of All the Wrong Places, a historical mystery set in England, Italy, and the French Riviera that pays tribute to the films of the forties and fifties, capped off with a thrilling finale straight out of Hitchcock.

“All the Wrong Places is a wonderful pick for people who love their mysteries beautifully written. . . Lieberman crafts characters who are exciting people that you will care about and her vivid recreations of setting are a downright pleasure to read. I highly recommend this book!” – Sharon Healy-Yang, author of the Jessica Minton vintage film mysteries

“All The Wrong Places doesn’t fit neatly into any one category. It is a novel that will be loved by old film buffs, readers of women’s fiction, and mystery lovers looking for something unique and just a touch Hitchcockian.”  – Mutt Cafe

Budapest: 1956. Newlywed Cara Walden’s brother Zoltán has disappeared in the middle of the Hungarian revolution, harboring a deadly wartime secret. Will Cara or the Soviets find him first? The noir film of Graham Greene’s The Third Man inspires the second book in Lisa Lieberman’s historical mystery series. 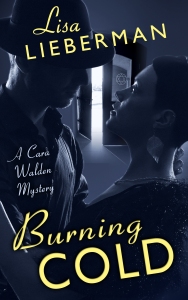 “Lieberman follows up All the Wrong Places, which reimagines the 1950s Red Scare in Hollywood, with this account of spies and the Hungarian uprising. Readers of Alan Furst’s spy novels may appreciate this fast-paced story.” – Library Journal

Processing…
Success! You're on the list.
Whoops! There was an error and we couldn't process your subscription. Please reload the page and try again.
Loading Comments...